Pride of Texas Heavyweight Champion to be Crowned During Block Party

Crowning the first-ever Pride of Texas Heavyweight Champion will be the main event of five professional wrestling matches featured during the PRIDE Corpus Christi Block Party on Saturday, June 8, at Water’s Edge Park. Johnny Crews takes on Joey Romero for the belt. The first match begins at 5 p.m.

Rolando Villarreal, Owner and Promoter of Victory Pro Wrestling, said the matches will feature some of the best wrestling talent in the Coastal Bend and across Texas. “Our star wrestlers understand the struggles LGBTQIA+ individuals overcome and we are proud to show our support in the ring and in the community. We’re going to bring non-stop action to PRIDE Corpus Christi.” 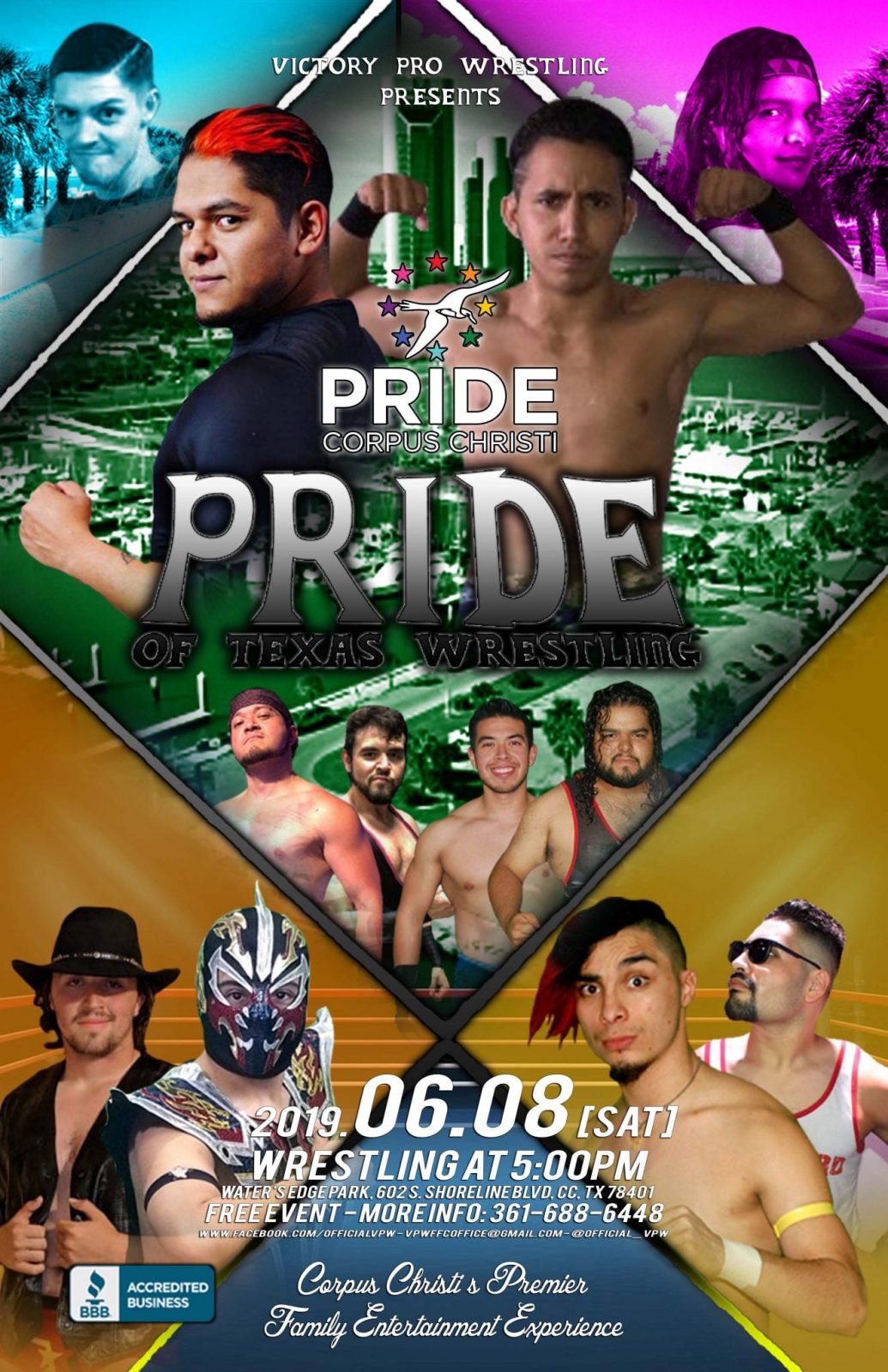